In Genesis 19:26, Moses states, “But his wife looked back behind him, and she became a pillar of salt.” This would have been Lot’s wife who was given explicit command and chose not to follow instruction. Prior to this text, God had sent messengers to Abraham to inform him that Sodom and Gomorrah were going to be destroyed because of their sins against God. The outcry against these cities had grown great before God as Genesis 19: 13 states. Abraham pleaded for these cities to be spared if righteous souls could be found. He first asked if fifty righteous souls could be found would the cities be spared. Abraham descended in the number of righteous that could be found. He asked for fifty, then forty five, then forty, then thirty, then twenty, then ten. At each account God stated that He would not destroy the cities if righteousness could be found.

Sodom was the residency for the nephew of Abraham. Lot had parted from Abraham several years earlier so that greener pastures could be found for his livestock.  The same messengers arrived to warn Lot and his family of the destruction that was soon to take place.  Not even ten souls could be found in the city. Lot and his wife and their two daughters were counted as righteous, being able to escape. Lot’s son in laws were also warned but they heeded the news as a joke. When the following morning arrived, Lot and his family were told to escape for their lives. Their instruction was to stay at no place in the plains. Not only was Sodom and Gomorrah destroyed with fire and brimstone but all other cities of the plain as well. The other instruction given was to not look back. Staying in the plain or looking would be reason for destruction (Genesis 19:17). Once Lot, his wife and his daughters got to Zoar, fire and brimstone came upon the cities. They had escaped God’s judgement. However, Lot’s wife looked back. By doing this she became a pillar of salt. What were the reasons Lot’s wife looked back even though great consequence was given for doing so? Did she want to see what was happening? Was it a deeper idea of looking back in the fact that it was a society that she had grown accustomed to and was going to miss life in the city? I believe she literally looked back although a case could be made for her also missing the life she had in Sodom. Regardless, she died because of what she did.

Going against the command of God always comes with great consequence. God dealt differently with people in the days of Abraham. When God gave instruction, those who didn’t follow were often given an immediate consequence. Though God does not deal with us in this manner today, consequence for us not obeying his command will eventually result in death.

As God used to speak personally to man and through the prophets in days of old has spoken to us today through His son Christ Jesus (Hebrews 1:1-2). Jesus is clear on where we need to look. Just as Lot’s wife was given a place not to look, Christians are given a place to look. The Apostle Paul gives us great direction with his example in life. He told the Phillipian church that he forgot those things that were behind and was reaching forward to what was ahead. That which was ahead was the hope of eternal salvation in heaven that can only come through a life in Christ Jesus. Paul had a lot of mistakes in his earlier life and could not focus on what once was. The only direction for him was to focus on Christ.

The same needs to be the focus and concentration for the Christian. It is easy to think in terms of could have, should have, would have. These thoughts are fruitless for the Christian because the past cannot be fixed. It can however be made right. Yesterday cannot be changed but today can be. Focus is not on yesterday but it is on that which lies ahead.  Learn from our past but don’t allow it to be the focus of sight. Focus on serving God and following His commandments. If total concentration is on these things, what shouldn’t will become less evident.

It is important in the Christian life to know where we are going. What is the mark that must be aimed for? Jesus said in Luke 9:62, “No one, having put his hand to the plow, and looking back is fit for the kingdom of God.”  A farmer that is plowing his field must have his eye and total concentration on where he is going. If he looks to the left, he will soon be plowing to the left. If he looks to the right, he will soon be plowing to the right. The same could be said of someone who is driving a car. If focus is lost, the path of the car will be uncertain. Consider also mowing grass. Focus must be maintained on the line that is to be mown. If distraction comes, grass will soon be missed. Both time and expense are lost if focus is not maintained. The picture is vivid and so is the application that if one does not keep their eye on Christ, they will soon be off course.

Scott is the minister at the Elm Grove Church of Christ. Meeting times are Sunday at 9:30 a.m. for Bible class and 10:30 a.m. and 6:30 p.m. for worship. Mid-week Bible study is on Wednesday at 6:30p.m. Please visit our website at elmgrovechurchofchrist.org. He invites any questions or comments and love to sit down and study. He can be reached at the Elm Grove Church of Christ at 740-493-2451.

The Apostle Paul, in his second recorded letter to the Corinthians, tells them not to lose heart. According to verse one of the fourth chapter, this is because we have received mercy from God. This mercy has come through the man Jesus Christ who is the image of God (2 Corinthians 4:4). Regardless of what the Apostle Paul would face in his life, his treasure was not in himself or his earthly vessel; rather, it was in the power of God. Therefore, he spoke of Christ Jesus and Him crucified to all those that would listen. The goal of Paul was to get this message out regardless of the hardship that would come upon him. Then the glory of God could abound not only in himself but also in others. He states, “Therefore we do not lose heart. Even though our outward man is perishing, yet the inward man is being renewed day by day. For our light affliction which is but for a moment, is working for us a far more exceeding and eternal weight of glory, while we do not look at the things which are seen, but at the things which are not seen. For the things which are seen are temporary, but the things which are not seen are eternal” (2 Corinthians 4:16-18).

Paul did not lose heart in his ministry. There are many reasons that he could have. Despite these many reasons, his faith and desire to serve God and bring glory to His name only strengthened day by day. He recognized that he was a perishing man. As the outward man was perishing, he was strengthened day by day because of what was happening to his inward being. His inward being was refreshed because of the eternity of glory that awaited. He was growing as a Christian. His soul was refreshed day by day. It is easy to lose hope as the outward being grows old and deteriorates. Man comes to the realization that the body will soon decease. Yet for the Christian—as Paul points out—the inward man should be thriving. This is because of what is at stake following death.

With the idea of being refreshed, Paul points to light affliction. This is an incredible statement considering what Paul faced as he preached Christ Jesus and Him crucified. In 2 Corinthians 11:23-30, the apostle speaks to some of his suffering as a servant of Christ. He notes that he was beaten with rods, whipped, stoned, ship wrecked and in numerous perils. Yet, Paul did not lose focus as a devout Christian. He was not one to get back at another. He did not hold grudges and deny others the gospel because of the physical, emotional and mental pain. He pressed forward as a faithful follower. He spoke of the same hope in Christ Jesus that he was given: The hope of eternal peace in heaven through obedience to God. The light affliction worked something far greater. The pain and agony of this life will be of a small cost for the life of eternal glory.

With this affliction in mind, Paul did not look to those things which are seen. His focus was not the materialistic things of earth or a position of power or esteem. He looked at that which could not be seen. That is eternity. All that can be seen by the eye now is what will perish. It is temporary and one day will be gone. All things deteriorate. Paul knew all things around him including his own person one day would be gone. This truth applies today. Everything is deteriorating including our outward being. Time is short for those things that can be seen. That which cannot be seen has no ending point.

It is my prayer, as we serve Christ, that we do not lose heart. Great challenges will come upon us. Many will face personal challenges. Most will face medical challenges. We all face challenges from those that deny the way of God. Can we live life calling all these things a light affliction? I believe it can be done. However, if the mind is not on things eternal, the heart can quickly be lost.  In Christ Jesus, we have eternal hope of peace and joy if we are obedient to Him. We will not escape our time on this earth. It will eventually come to an end. Are we living to focus on the unseen of eternity or the things that are seen and temporal?

Scott is the minister at the Elm Grove Church of Christ. Meeting times are Sunday at 9:30 a.m. for Bible class and 10:30 a.m. and 6:30 p.m. for worship. Mid-week Bible study is on Wednesday at 6:30p.m. Please visit our website at elmgrovechurchofchrist.org. He invites any questions or comments and love to sit down and study. He can be reached at the Elm Grove Church of Christ at 740-493-2451. 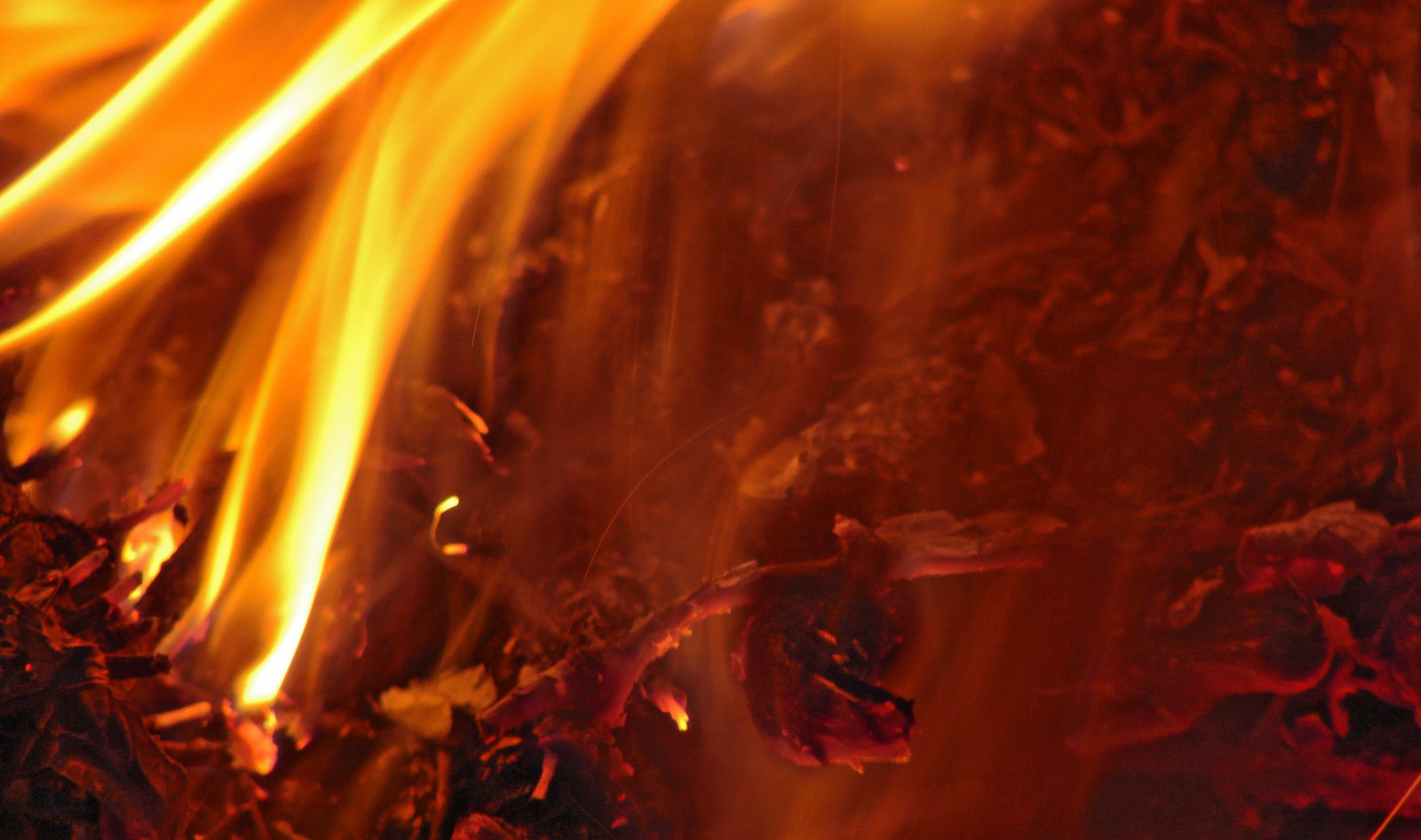 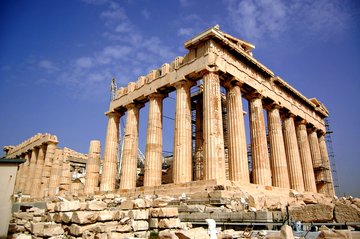